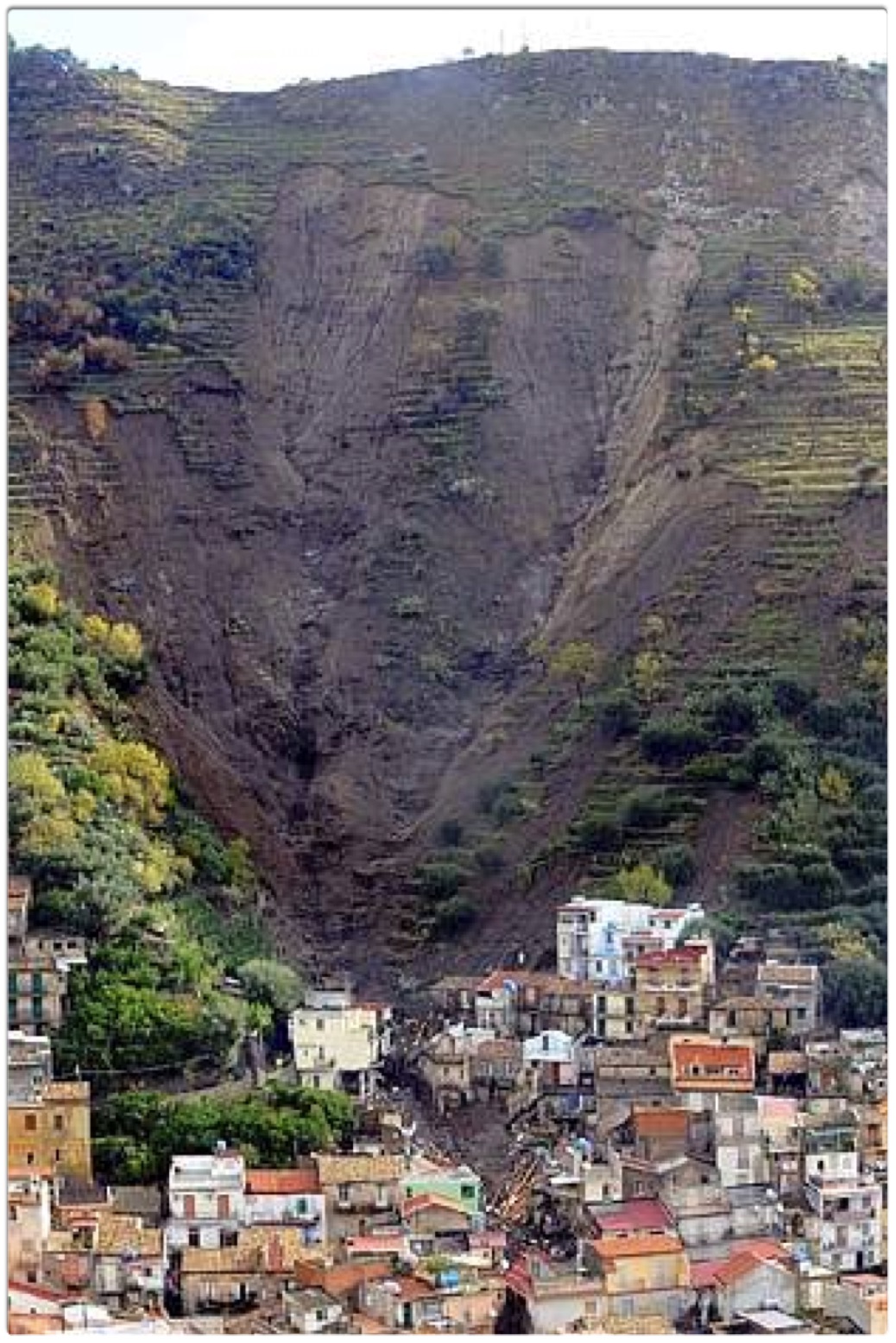 On Participation – How to do it?

I am very grateful for the chance of expressing my views and experiences today at the NGI-Saloon https://www.ngi.eu/event/ngi-forward-salon-foundationals-on-participation/ (the recording of the talk is available on the site)

The occasion for this talk has been given to me by the paper co-authored with Sabrina Sauer titled “Collective improvisation as a means to responsibly govern serendipity in social innovation processes” published in the Journal of Responsible Innovation in 2020.

The broad scope of this talk is: “How to set up participated and effective societal processes that onboard all stakeholders”

1. Introduction to a Lab

Trasformatorio started as a laboratory, artistic in scope, whose scope was to experiment ways to create site-specific arts together. Is named Trasformatorio because I shared with my peers the belief that the scope of art is to engage in transformation.

Our scope was to work as a laboratory for enacting transformations.

A Laboratory from latin Laboratorium, a place/space/time to work in. And is populated by participants. Is a very concrete concept. Work is a term that has many meanings in our tradition, not only the synonymous of labour. There is the work you do on yourself, the work you do to bridge with others, the work of the actor to possess their character’s actions upon the textual matter of her character in the play. Work is what you do with presence, intent and quality. And these tree concepts, among others are what the artist is busy with most of the time. And they are very well defined in the each context of art, especially in the 20th century performance art currently referred to as theatre.

Since youth I worked with technology as a “smanettone”, a form of curiosity-led hacker that fiddles with stuff. In the last 25 years I have been hacking together media rich performances, from pieces that were intended for something else, rarely doing twice the same operation. I studied many things for many different reasons, rarely the canonical ones and always at the fringes. Collaboration in these endeavours was everything, and constructing a good environment to collaborate always challenging. I learned most of what I know on independent film sets and professional theatre productions (opera especially). Is a more innovative environment that anyone in IT dreams about.

When I was exposed to the current methodologies for innovation and product design commonly used in IT I felt that a big occasion was lost. It was 2007 in Philips Home lab. I knew there was a coherent corpus of reality bending techniques I had become aware in the field of arts, that where completely ignored by the industry. This hype-cycle prone industry of innovation was blind to art established methodologies and proved self destructive.

I began using what I had learned cross pollinating with a non-disciplinary hacker attitude. I am still doing it in many ways. The lab was conceived to experiment and learn together with others. Started in 2013 became immediately a tool useful for other scopes. This is the sense of this how-to presentation on participation.

the processes that interests us are in line with the European commission and respond to the need of human centric, ethical and inclusive rules of engagement for regenerative and sustainable practices

Lets start with a small experiment:

Sit straight. Close your eyes. Take a deep breath.For a moment allow a change of thought-form: allow yourself to move away from my words. Let them float. Words power is to enforce the notion of “knowledge as a machine”. That is the “what to do”, not the how. Feel with your eyes closed the sourroundings. The space around moves like a sphere and is sucked away by my voice, the monitor, the walls, the books you might have on your desk. Acknowledge.
When you step into your feeling of being here, with your enlarged, connected, augmented, acting and posing, breathing, playing, busy BODY you set your whole up in a situation that is more than a conceptual machine. A body, yours that is playing in the world NOW in this moment, HERE.

If you start from your own body here and now, then is not the what you should be busy with. The HOW can be the only thing you can enact in a flow (Crisippus)

Maybe a space of COmmonISM:

“After half a century of neoliberalism, a new radical, practice-based ideology is making its way from the margins: commonism, with an o in the middle. It is based on the values of sharing, common (intellectual) ownership and new social co-operations. Commoners assert that social relationships can replace money (contract) relationships. They advocate solidarity and they trust in peer-to-peer relationships to develop new ways of production.” (P. Gielen)

And to scare off Lenin once and for all (and show we read what we quote): our work indicates how to move out from the need of direct a revolution to the embodiment of a shared feeling of participated evolution ( as in Haraway).

[^fn1]: Что делать? (1902) Chto delat’? the tytle of Lenin’s pamphlet refers to a most famous samizdat piece with the same title by Nicholas Černyševskij; Composed in 1862 and 1863 in jail. Because of his ideas Černyševskij spent most of his life thereafter as prisoner and exiliee…

So let’s go full on on HOW WE DO IT Open word, embodied methodology, anti problematic approach (there are no problems nor solutions), open narratives, open data, free software/hardware how all this elements might work? First let’s set the right scale! We want to go somewhere, deeply, bringing with us everyone, finding and realising a dream, we set into a meaningful ride in the unknown. It can be dangerous. Square off with our limited resources, enacting a powerful transformation, playing with the imaginary… that is a lot of stuff. I see all the technologists and the managers and the economists here nodding and resisting with a devil’s advocate grin on their faces and a pocket full of concepts and laws. You have your reasons.

Sounds hard? Acting out effectively a production process fluidly from the real open world situation is what some arts are specialised into: musical improvisation, street art, documentary film to say a few. As well site specific performance, guerrilla and special operations are about optimal performance in the flow of situations. They all have developed strict and effective methodologies, a pedagogy, tons of tricks in the bag and as many business models you might dream of.

Our central idea is the construction of situations, that is to say, the concrete construction of momentary ambiences of life and their transformation into a superior passional quality. We must develop a systematic intervention based on the complex factors of two components in perpetual interaction: the material environment of life and the behaviors which that environment gives rise to and which radically transform it.

G. Debord, Towards a Situationist Internationale, 1957

‘… it is possible to form a fairly clear idea of an as yet uninhabited world. It is more difficult to populate this world with people who live so very differently from ourselves: we can neither dictate nor design their playful or inventive behavior in advance. We can only invoke our fantasy and switch from science to art. It was this insight that prompted me to stop work on the models and to attempt in paintings and drawings, however approximately, to create some New Babylonian life.
This was as far as I could go. The project exists. It is safely stored away in a museum, waiting for more favourable times when it will once again arouse interest among future urban designers

About the open word we have to remember that is influence is constant and will never be foreseen completely by us but we can design the situation to our advantage to have awareness and complicity.

The case of Giampilieri illustrates the T-zero, what we have learned to think as the first intervention into a designed flow with the scope of inverting the tendency and structure a possible regenerative process.

Let’s introduce the case with the image below:

Is there a problem? Anything that can benefits from a description in terms of conceptual machines that might identify problems to be solved? We believe that to see a problem in Giampilieri is a way to miss the point, same perspective thinking that produced first the catastrophe and then the “solution” to it.

1.4. Some questions found in Giampilieri:

We have documented the case of Giampilieri and Scaletta widely in our website. Is a success story and finally, after these successes we defined what we expect to be a T-Zero. Now let’s find another case of intervention were the technological angle is clearly stated. This consist in what I call a T-One intervention, a second stage.

Thank you very much for your time and attention.

5.1. Smalls shots extra for the friends of Sophia

6.3. Ostrom: 8 Principles for Managing a Commons