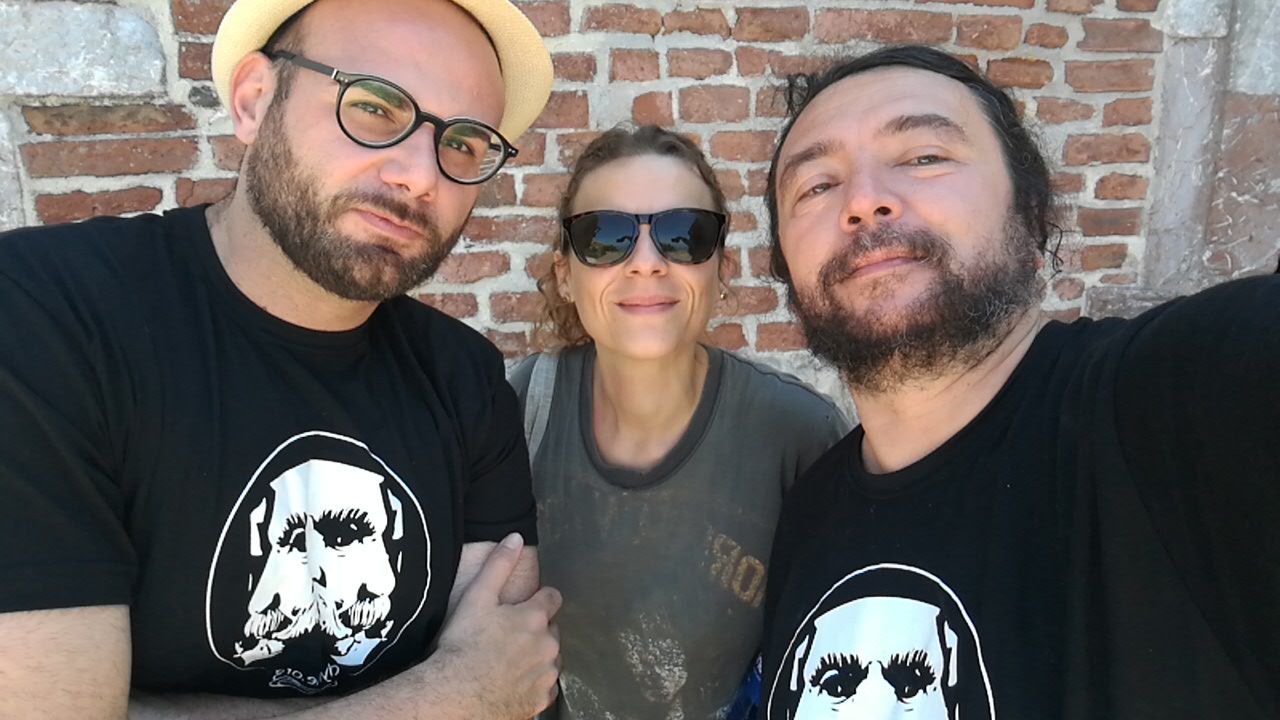 On September 20, 2019 by trasformatorio With 0 Comments - Education, Luoghi/ Places, Progetti/Projects

Flown in from the volcanic center of the Mediterranean to the northern comforts RE is in Amsterdam for the first FORLMAL Trasformatorio residency out of Sicily.

The concept is developed in connection with Hansko Visser, Dierk Roosen and NDSM Treehouse but, since the venue in north of Central Station is a bit late opening, is taking place for now in FBP studio: in Marcusstraat 52.

RE will start exploring and transforming starting out from the themes available in the dying cultural landscape of heavily gentrified Amsterdam, starting from sowers and garbage as a good artist should. So far we attempted the rescue of a huge rat and failed, found a behive of dead bees abandoned below a luxe condo and noted the brand new Lotus parked in its garage.

RE will move at the end of the month to Groningen for a 2 week intensive transformation organised by Hansko Visser named temporarily ” modern icons for the non-saintly, floating” and realise a more complex work for the northern city.

During her work in A-town you can reach her via fredd: consider donations in old windows and good stories.

The press release is here: REsidency-pers-nl

UPDATE
The opening of her exposition in guerrilla gallery “Pilot” on the canal of the Spilsluizen in Groningen will be on Sunday 13th of October, from 15.00 onwards, with live/life-boat- instant-composed-music by carefully selected famous improvisers.

A beautiful gift to the town, to celebrate its last horeca-free zone!(dutch for gentrified leisure)

We will have bread and wine.

Selfie of the artist in between two dudes

Hallo Folks!
Since late 2015 trasformatorio has been bridging with its good partner dyne.org and now is time to give the official announcement: trasformatorio is going to be an autonomous project of dyne.org. The artistic direction will stay Federico’s task, as he is working more on
dyne projects.

For those of you that did not yet know dyne she is a non-profit free software foundry, organised as a stichting in the Netherlands since 2005.  With more than 10 years of expertise in developing tools and narratives for community empowerment Dyne has always included ART as part of the research methodology.

We have partnered with dyne from the beginning of Trasformatorio, in 2012. Between the art related activities in her story dyne includes dynebolic, a distribution of linux for artists and activists, free-J, a libre VJ tool, the hosting for uncountable free software and art projects and being a true and recognised hub for open culture advocacy.
Between latest projects developed by dyne well inside the territory of arts I should mention, D-cent , on how the impact of alternative currencies is intertwined with the narratives that new technologies creates in societies
and ENTROPICAL.org, that is a project connected with permaculture ideals, were abstract value of creation is used to juxtapose with new paradigms in distributed energy usage and value of re-cycling.

Trasformatorio, from now on being a dyne.org hosted project, finally finds the non-profit organisational asset it was in need for in the most natural way. A wandering hack and performance lab within a think and do tank. I believe this is going to be a massive addition to the nature of both and will lead to new idea and their development. Personally I looking
forward for 2016 projects, were the re organisation of Trasformatorio will take place in the most factual way.

Thank you all that have sticked with us, we will meet around, on mountain paths, caves, lost buildings, fruit gardens, small trails. Warm our harts around a fire and a mesh network antenna, to exchange stories of old and for the carving of the new ones.