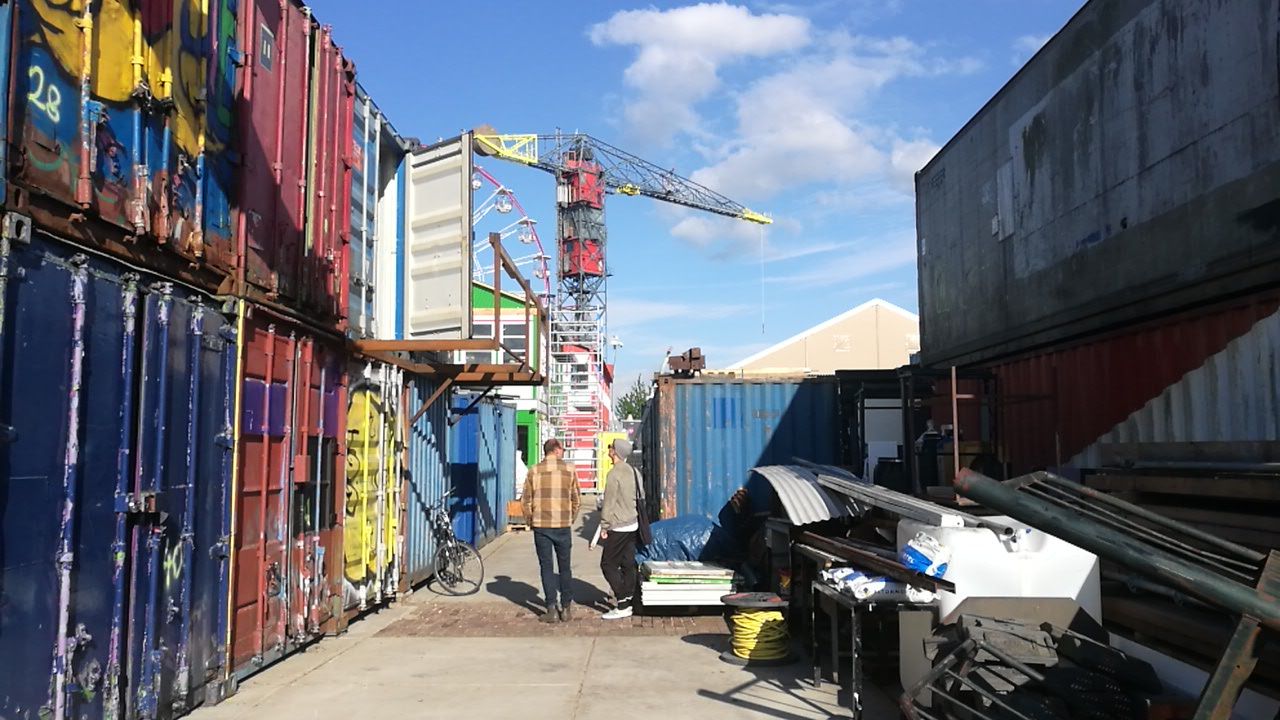 The novelty is real.

The foundation “the Treehouse” and dyne.org agreed to join in a communal experiment around the NDSM treehouse, a new temporary studio space in noord amsterdam. It will be part of a wider research and experimental setup that involve this space and aims to create and enforce communal creation and social art projects.

Very down to earth: income generated by the shows, the bar, the parties and overall the artistic program will go in a separate pot from the rent of the space. This pot that will be completely controlled by an autonomous assembly of the artists that will co design the space rules. And it will be allowed by dyne.org.

Every profit from coffee or beer drinked in the space will go back into sustaining the production of the emergent artistic scene  guested by the house. This experiment will rely on an internal digital currency co-designed with the first renters of the spaces within a small pilot for EU CAPPSI project “Commonfare”.

So far for the laylines of the event. But were does this come from and how we managed to be part of it?

In the early 2k’s NDSM used to be a home for Amsterdam’s alternative scene. A former shipyard in a remote part of town. You had to cross the harbour to get there, and bike a good 30 minutes from Central Station. In the area a commistion of freaks, squatters, artists and teathermakers were building stages, machines, scrapyard sculptures. Ravers were populating that space as a TAZ (Temporary Autonomous Zone) and amid scrap you could find interesting artists, stoned faces of students and party people and antisocial cyberpunks in improvised saunas.

All this before this space, as any space in the city, followed the path of the methodic gentrification. Amsterdam is now populated by copies of the original scene, sanitized and rendered less obtrusive, fruible to the mass of the coffee standbyer turism. And moreover “pictoresque” enough to attract urban development.

NDSM zone is now one big reconfigurable space for the Creative Industries, temathic festivals and roadshows were forever young people are lured have a “nice time” in the sun.

Criticism for the capitalistic drive of modern life set aside and in all this landscape a foundation imagined and operated by two members of the long lost “alternative scene”, decided to set foot for a unusual operation: re-install a space for art production that could welcome artists to a decent fee and attempt to rise a community.

The Treehouse construction is rising as we speack, out of recycled shipping containers and scrapped wooden barraks. Will become in the plans of the builders to be a structure that resembles a crossover between a cyberpunk garbage park and a Cashbah. But has aspirations we want to help out: to be a place for meeting up, for transformation, to catch up and work hard with fellow dreamers. It is maybe a complicated and overarchieving plan we fell into, and this makes it exactly the type of plan that deserves our attention.

The Treehouse will be populated by artists looking for cheap temporary space to develop a project: musicians, visual artists, actors, dancers and open to their collectivizing economy through an experiment in use of digital coin…

This novelty, that should be a tool to identify and protect values shared by the artistic commoners, has been designed by dyne.org in the context of the over mentioned commonfare EU project. Already tested in Santarcangelo Festival last year and up and running in the famigerate art-squat MACAO in Milan.

As well there will be a small teather, a space for showcasing ideas and jamming, a cafe build around a common kitchen/small restaurant and some other fancy addiction to the community activities (and cashflow) still hard to forecast.

Dyne will have its small space, a coin-lab-observatory, hosting various activities in the treehouse village and as well will set up as a space to share ideas through both the co-design activities tied to the last moments of the commonfare project and of future research we will be surely involved, set around the use of complementary currency for value mapping and horizontal organisation.

We will continue to report on it.

As far as dyne-Trasformatorio goes, we plan to help building the community, to prolong the influence of the commonfare project and various activities we already started planning. Something for sure will happen around the next equinox, in collaboration between trasformatorio and this flamboyant artistic co-community of and the artists in our extensive network.