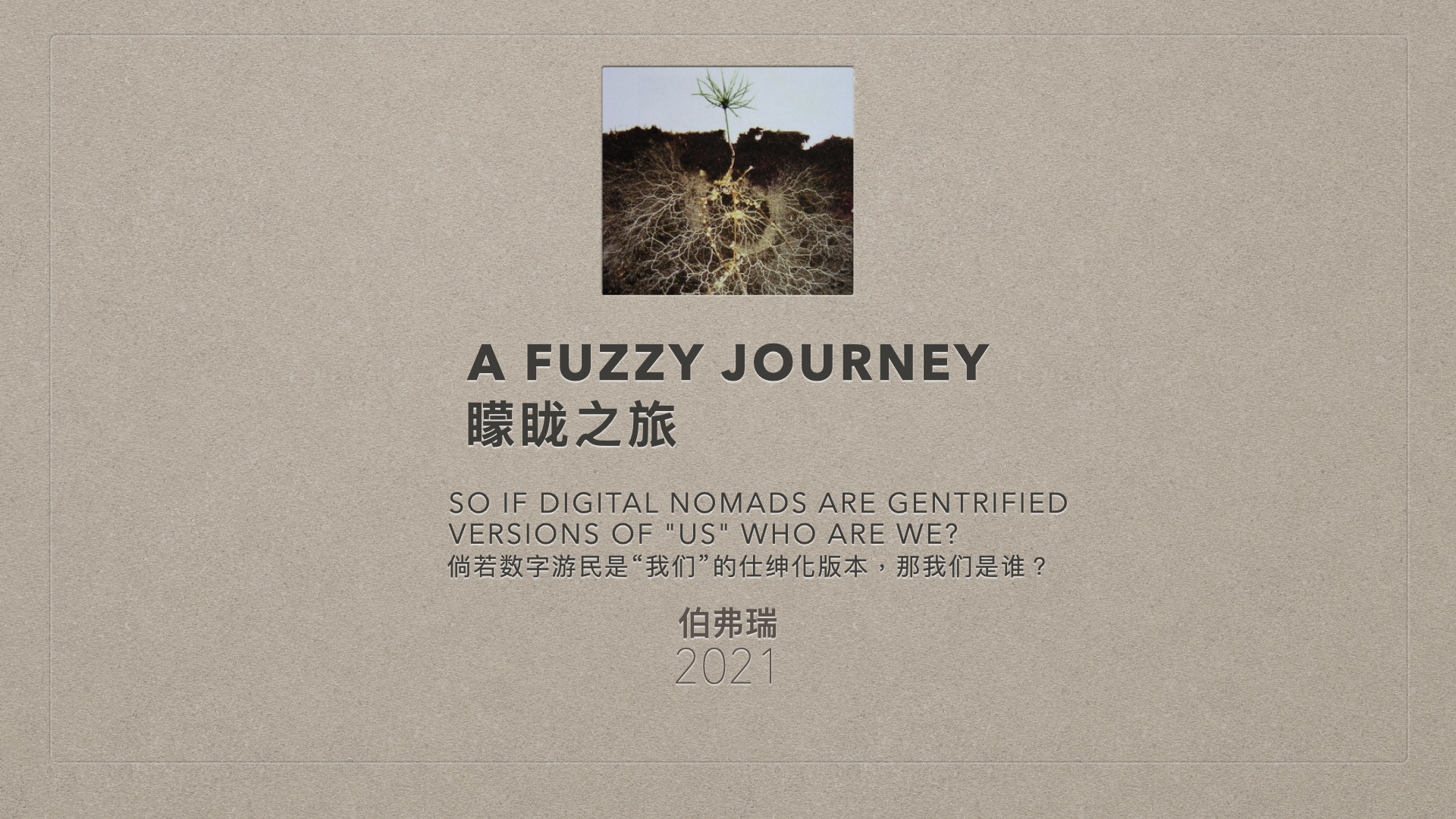 Notes from a talk organized by The “706 Digital Nomad” project for the Third Salon, held online the 10 January 2021

So if Digital Nomads are gentrified versions of “us” who are we?

Soul seeking an identity could be done as a flag in the wind or as a flying piece of trash. They both give away the wind direction in very different ways…

fredd while thinking of “American Beauty” 1999 film by Sam Mendes

Now I am Fredd aka freddbomba. I am particularly happy to have been invited to talk to you tonight. I am going to talk to you from the point of view of a philosopher, untied to any academy, born and breed in the XX century, and of a “Smanettone”, an italian hacker of the second generation, that has a bit contributed (very little) to the shape of the digital world and can bring testimony of some stories from my own subculture: italian/european/ hacker art and FLOSS, scene between 1990-2020. I am not at all a central figure, mostly a passer by, a side contributor and a partial testimony. I will do my best to be accurate but memories can be tricky. I know you don’t mind I will try to be consistent only when I talk as a philosopher 😉

The earliest known use of the terms “digital nomad’ according to the omnipresent Wikipedia is dated back to 1997, and the context for the term is “remote work”. That should already be highly suspected because “remote work” was in the visions since the 1970es… When I discovered this pseudo story i thought “crap!” and my BS-meter went off-scale. What about Teletext, GSM and all the other crap hipsterized through the decennias into the CC (collective Conscious) by the PR branding conglomerate?

Both Nomadism and Digital as a lifestyle, embraced by a subculture, are much older concepts than this XXIst century incarnation “a la AirBnB”, that seems fashionable to wikipedians. But I guess the interest in the concept must be serious and travel beyond the picture of a white geek in an exotic coffeeshop that illustrates the blasphemous article.

Digital cultures roots run much deeper and interconnected than this

They have a complex and mycelian rich rhizome that digs into many layers of complexity, is far reaching and creates fertile soil for revolutionary ideas. Good lord I am part of it I must know! So the initial drive to draw this story and following the invitation to tell it to you.

I asked myself some basic questions, as “why the soul of digital cultures is still so relevant to need to be detoured and monitored by the main ones?”. I think that the answers are obvious for us, the dinosaurs, but is maybe the right time to express it for you, the young Sky-walkers of the XXIst century.

My thesis here is that not only that the nomadic term is a intrinsic characteristic of the hacker culture, but that there are deep reason why some of the most interesting development of technology that are pushed by this culture to existence are growing out the mythical archetypes that are part of “nomadism”, both in the cyber space or in the meat one. From the traveling monks, the caravanes of nomads, the hunter gatherers, the posse, the stray lonesome anarchist, the tank girls, the cyborg, the assassin of the cyber-world, the pirates and so on.

But lets’ start. With some analysis of the notion of Digital Nomad and make for our self a bit of clarity.

But let’s move on, and check the second term that seems more interesting:

But if the game of Identity I/we inherited from the generation before (in the ’70es) was the wild west, as a myth and a place for freedom (the metropolitan indians, Tex Willer, Star Wars), for us/me this identity transformed into a matrix, seen as a impossible union between the sygil and the symbol, in a dance of significations… It was all Umberto Eco’s fault.

The Matrix became a much more complex toy.

Before becoming the interesting franchise known worldwide the “matrix” was a Latin word meaning the female/fertile receptive force (the placenta in uterus) that allows generation. The mother. Not a case that the computer name in Alien (1979) is “Mother” and Alien is a franchise were the story is driven by dangerous corporate priorities. To prepare this short paper I dig into my own matrix and there is practically everything I ever touched…

The matrix is the productive territory, made of biomorphic digital creatures were the cyberpunk roam. Is were the “I” takes its shape and starts shifting in all possible declination.

So we broke down the “Digital Nomad” into parts that we can process with hydrochloride acid and start digesting. But that is an old methodology mediated from the arci-evil Socratic Posse, not really a dignified way for the philosophical humanist.

So let’s proceed to give attributes to these Digital-Nomad people and see then how they will move in this “space” we identified for them to live in. This is important part of my way of work because is the necessary process to design a situation.

(TO BE CONTINUED)
NB I wrote another two parts, but there was no time to put them out so I will publish them as a whole in two parts here on the website

One thought on “A Fuzzy Journey – 矇眬之旅”